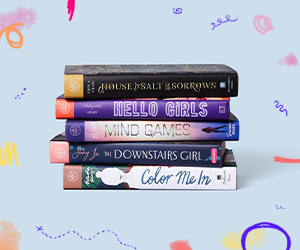 Man does time fly!  It has been a while since I have been on here, but I am here to showcase the new Book of the Month: Young Adult Edition.  I have long been a fan and member of the original Book of the Month, so when I got contacted and asked if I want to try out the new YA edition I jumped at the opportunity.  I must admit that I am not the biggest YA reader, but I do dabble from time to time, and I am looking forward to exploring this genre more.

The new YA Edition works very similar to the original box, but comes in a pink box rather than their traditional blue.  For those that are not familiar how these book subscription boxes work, each month a group of judges choose five books to make up the month’s selections.  Memberships start at $14.99 a month for one book, with the price dropping if you sign up for a longer membership.  In addition, you can order up to two additional books for $9.99 each.  This is a great deal as these books are all new, hardback books.

I am an affiliate for this new box, so if you follow my link I will get a small commission if you sign up to receive a book.  Here is the link:  Book of the Month YA.  If you use the word FLEX at check out you will get your first book for only $9.99!

The judges choices for August can be found below.  Feel free to check them out here, or on the Book of the Month website.

House of Salt and Sorrows

by Erin A. Craig 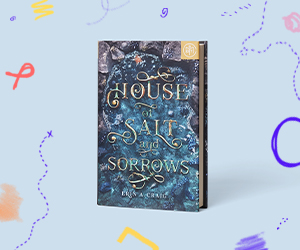 In a manor by the sea, twelve sisters are cursed.

Annaleigh lives a sheltered life at Highmoor, a manor by the sea, with her sisters, their father, and stepmother. Once they were twelve, but loneliness fills the grand halls now that four of the girls’ lives have been cut short. Each death was more tragic than the last—the plague, a plummeting fall, a drowning, a slippery plunge—and there are whispers throughout the surrounding villages that the family is cursed by the gods.

Disturbed by a series of ghostly visions, Annaleigh becomes increasingly suspicious that the deaths were no accidents. Her sisters have been sneaking out every night to attend glittering balls, dancing until dawn in silk gowns and shimmering slippers, and Annaleigh isn’t sure whether to try to stop them or to join their forbidden trysts. Because who—or what—are they really dancing with?

When Annaleigh’s involvement with a mysterious stranger who has secrets of his own intensifies, it’s a race to unravel the darkness that has fallen over her family—before it claims her next.

Best friends are forged by fire. For Winona Olsen and Lucille Pryce, that fire happened the night they met outside the police station—both deciding whether to turn their families in.

Winona has been starving for life in the seemingly perfect home that she shares with her seemingly perfect father, celebrity weatherman Stormy Olsen. No one knows that he locks the pantry door to control her eating and leaves bruises where no one can see them.

Lucille has been suffocating beneath the needs of her mother and her drug-dealing brother, wondering if there’s more out there for her than disappearing waitress tips and generations of barely getting by.

One harrowing night, Winona and Lucille realize they can’t wait until graduation to start their new lives. They need out. Now. All they need is three grand, fast. And really, a stolen convertible to take them from Michigan to Las Vegas can’t hurt. 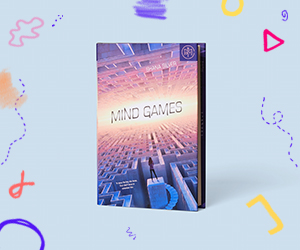 Arden sells memories. Whether it’s the becoming homecoming queen or studying for that all important test, Arden can hack into a classmate’s memories and upload the experience for you just as if you’d lived it yourself. Business is great, right up until the day Arden whites out, losing 15 minutes of her life and all her memories of the hot boy across the school yard. The hot boy her friends assure her she’s had a crush on for years.

Arden realizes that her own memories have been hacked, but they haven’t just been stolen and shared… they’ve been deleted. And she’s not the only one, the hot stranger, Sebastian, has lost ALL of his memories. But how can they find someone with the power to make them forget everything they’ve learned?

The Downstairs Girl by Stacey Lee

By day, seventeen-year-old Jo Kuan works as a lady’s maid for the cruel daughter of one of the wealthiest men in Atlanta. But by night, Jo moonlights as the pseudonymous author of a newspaper advice column for the genteel Southern lady, “Dear Miss Sweetie.” When her column becomes wildly popular, she uses the power of the pen to address some of society’s ills, but she’s not prepared for the backlash that follows when her column challenges fixed ideas about race and gender.

While her opponents clamor to uncover the secret identity of Miss Sweetie, a mysterious letter sets Jo off on a search for her own past and the parents who abandoned her as a baby. But when her efforts put her in the crosshairs of Atlanta’s most notorious criminal, Jo must decide whether she, a girl used to living in the shadows, is ready to step into the light.

Color Me In by Natasha Diaz 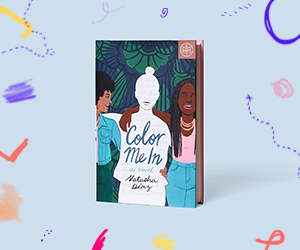 Who is Nevaeh Levitz?

Growing up in an affluent suburb of New York City, sixteen-year-old Nevaeh Levitz never thought much about her biracial roots. When her Black mom and Jewish dad split up, she relocates to her mom’s family home in Harlem and is forced to confront her identity for the first time.

Nevaeh wants to get to know her extended family, but one of her cousins can’t stand that Nevaeh, who inadvertently passes as white, is too privileged, pampered, and selfish to relate to the injustices they face on a daily basis as African Americans. In the midst of attempting to blend their families, Nevaeh’s dad decides that she should have a belated bat mitzvah instead of a sweet sixteen, which guarantees social humiliation at her posh private school. Even with the push and pull of her two cultures, Nevaeh does what she’s always done when life gets complicated: she stays silent.

It’s only when Nevaeh stumbles upon a secret from her mom’s past, finds herself falling in love, and sees firsthand the prejudice her family faces that she begins to realize she has a voice. And she has choices. Will she continue to let circumstances dictate her path? Or will she find power in herself and decide once and for all who and where she is meant to be?

For my choice this month I sent with the sci-fi Mind Games.  Which book, or books, sound best to you?

Thanks for stopping by and happy reading!

1 thought on “New Book of The Month Box: YA Edition”